History of the Courthouse in Covington

Special thanks to the Kenton County Public Library for researching the history of the Covington Courthouse. A PDF version of the Historical Posters (PDF) used on this page is available.

Kenton County was carved out of neighboring Campbell County as the result of a rivalry between the cities of Covington and Newport. By the late 1830s, the Newport courthouse and jail were in need of repair and Covington residents were willing to pay for new facilities to be built as long as they would be located on their side of the Licking River.

Rather than move the county seat to Covington, a petition to form a new county west of the Licking River gained hundreds of signatures, and Kenton County was formed in 1840.

After some debate about whether to allow voters to decide upon a location for the new county seat, or leave if in the hands of commissioners to make the decision, Independence was declared the county seat, and the first courthouse was built there-thirteen miles south of Covington. 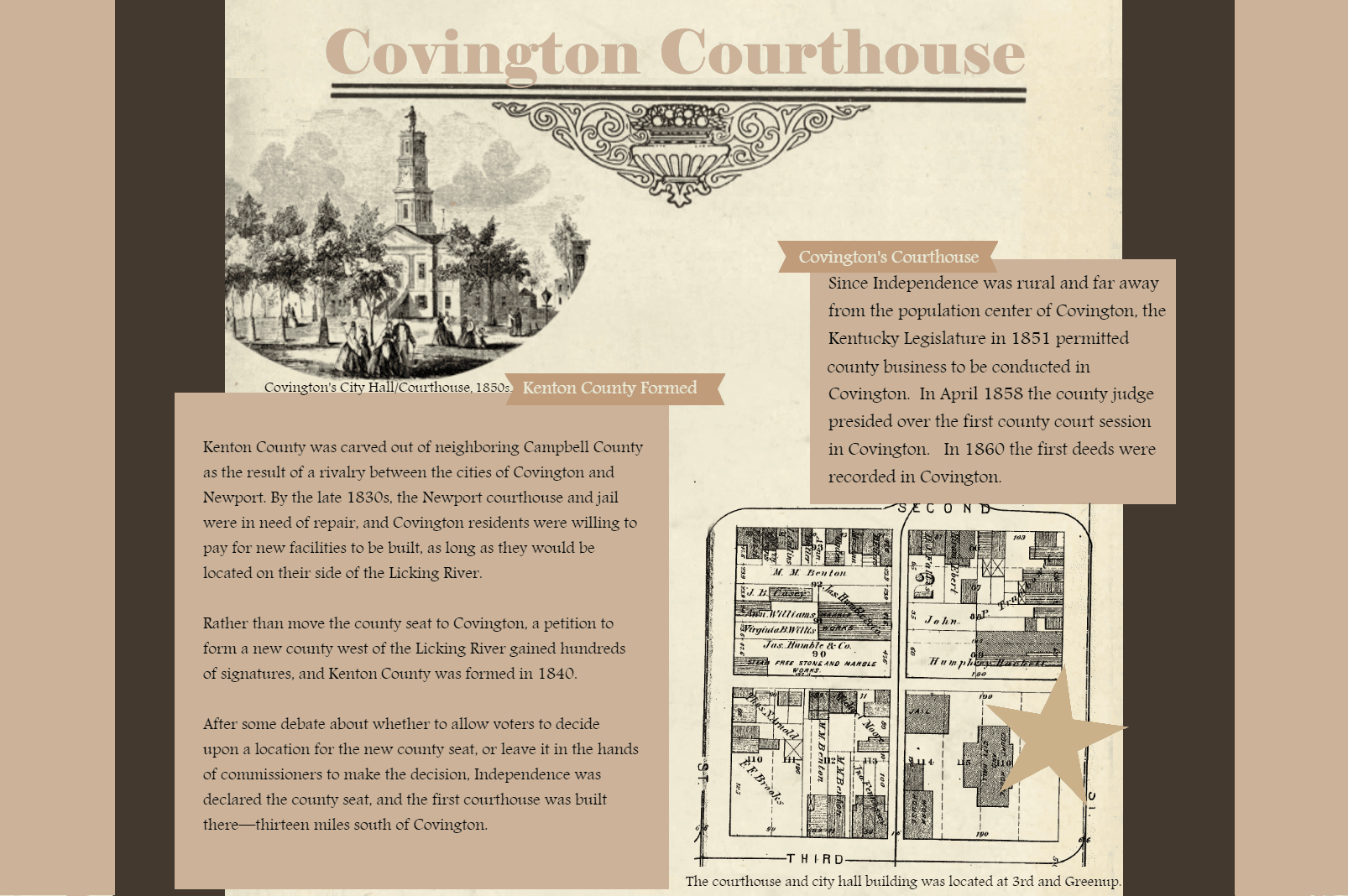 The building housing Covington's original City Hall and Courthouse was built in 1843. After more than five decades and extensive renovations, the building was razed in July of 1899 to make way for new construction to hold city and county services. The cornerstone for the new building (pictured in the following poster) was placed in October of 1899. The brick faced Chateauesque building was designed by the architectural firm of Dittoe and Wisenall. 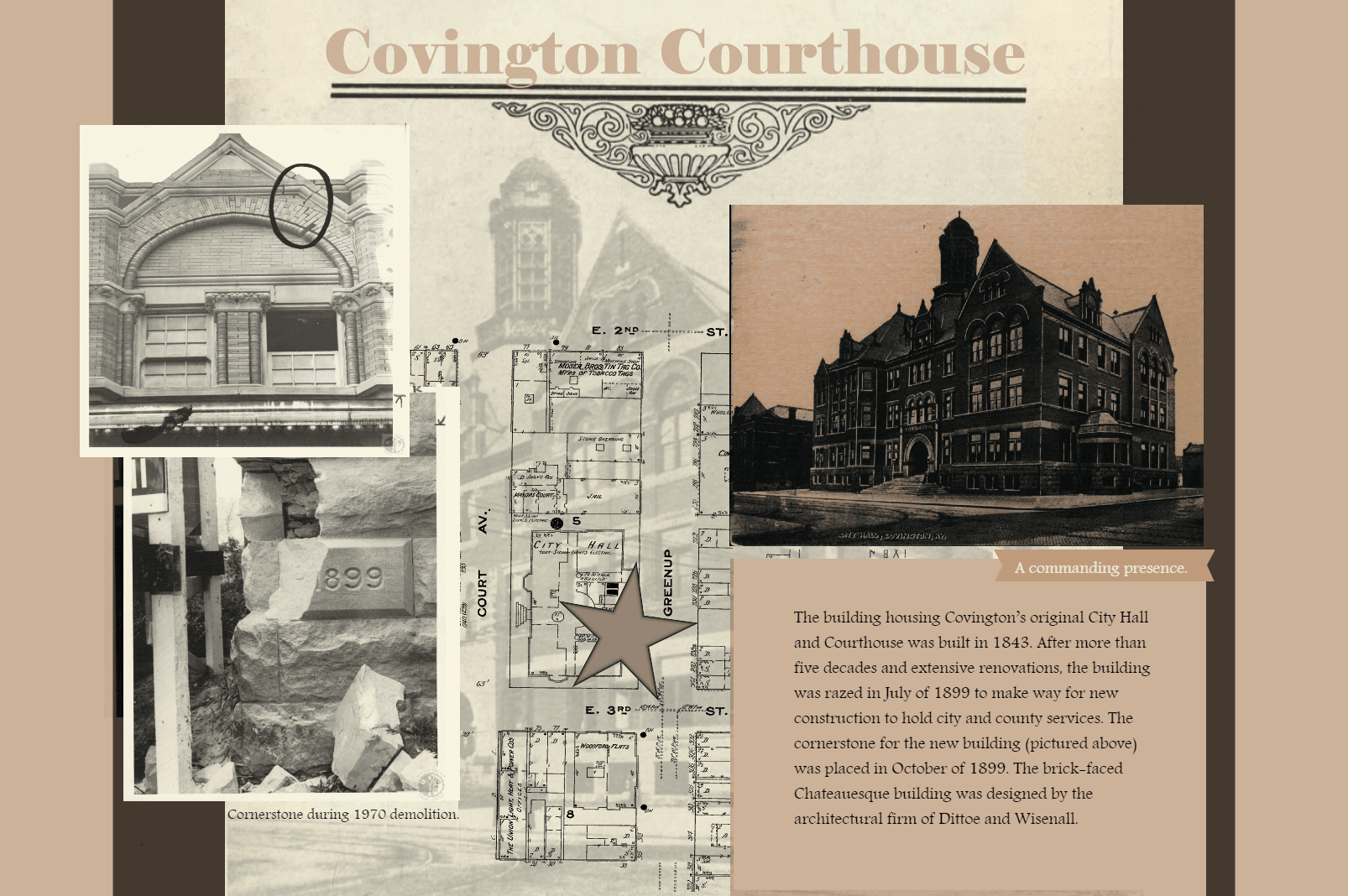 The County Building of Today

In 1968, the new Kenton County building began to rise above the streets of Covington. The ten-story brick building was designed by Carl Bankemper to house the city and county offices. The Federal Building (and former Post Office) was demolished to make way for the new structure which was completed in 1970, the same year that the previous courthouse was demolished. In 1985, the building was occupied entirely by county offices and services. It is still in use today at 303 Court Street. 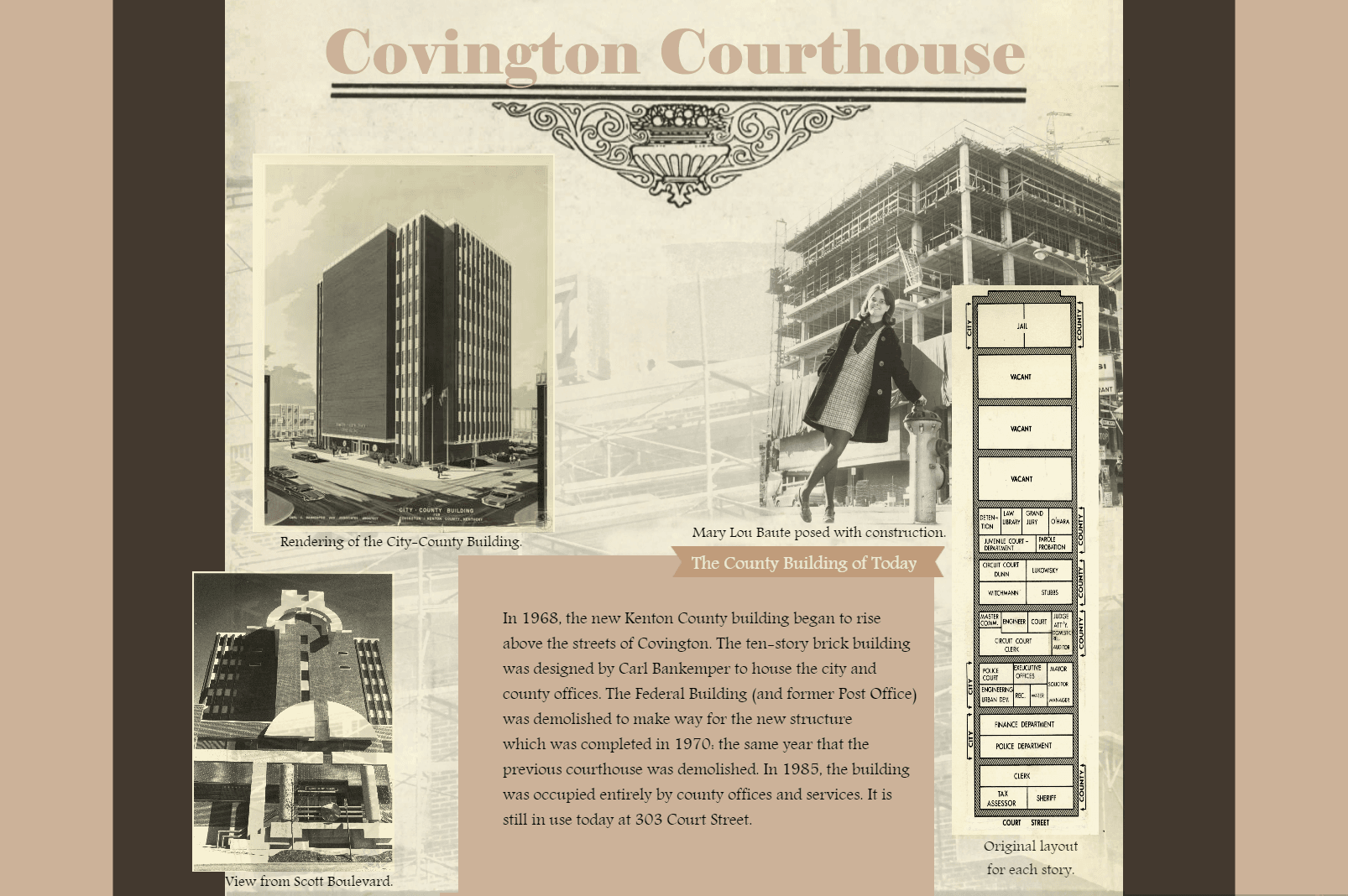